Human male warlock/mage, similar to Ken the warlock (I still not have a real background for him). 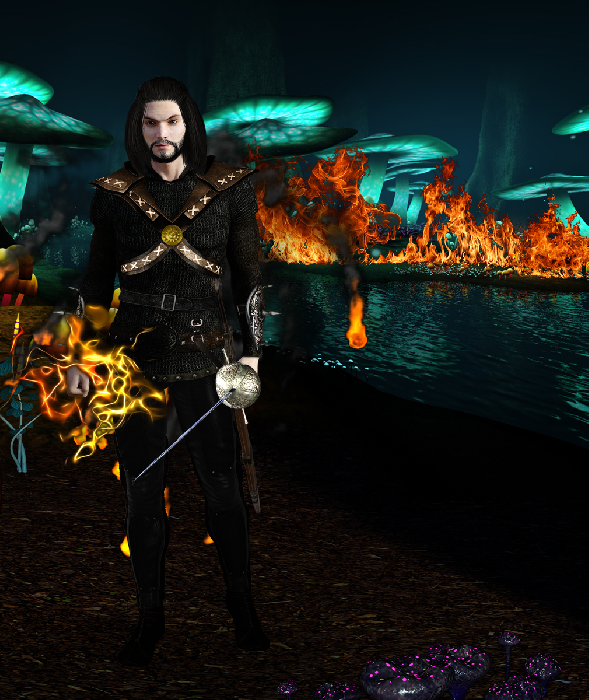 For this picture I praise the flaming elements that helped me to set on fire the mushroom forest, increasing the sense of danger and foul place (after all he is armed and ready to cast something naughty, why should he if he is at rest?). I found myself without serious hairstyles – they were all too glamour or exagerated. This is the only dirty, long and nto in the way style I found, I’d liked either a ponytail or longer hair.
Also I found very few magic implements and spells for male characters, I love spellcasters so it hindered me a bit. Still the result is ten thousand times better than season #1.

I introduce you Elaine, the female elf version of warlock/wizard. Here’s what prompted me to ask for removble blush/make up or more goth-like templates. 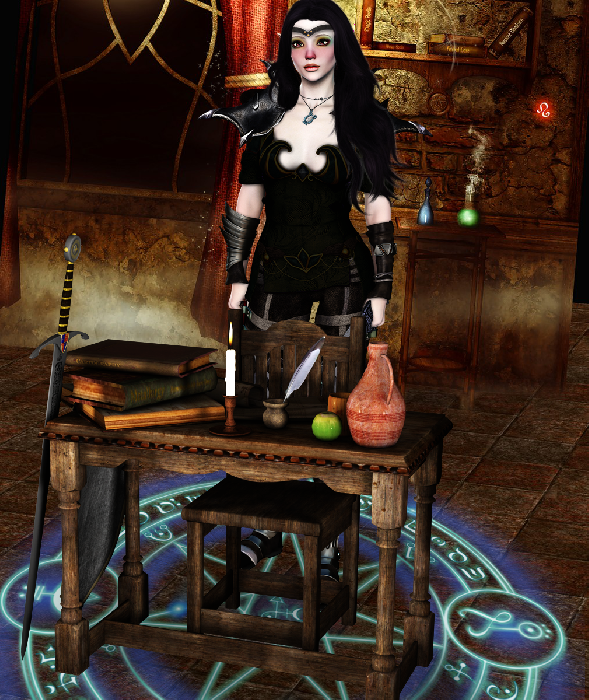 She should be cute – she’s a pure elf after all – but she also wields tremendous and nefarious destructive power and is pretty used to battle, so this kind of “dreaming” look is a bit against the concept.
Still, I have to praise both the models and the power of the software in season #2, the result is simply amazing.