Here’s another NPC for the campaign, he’s completely secondary. 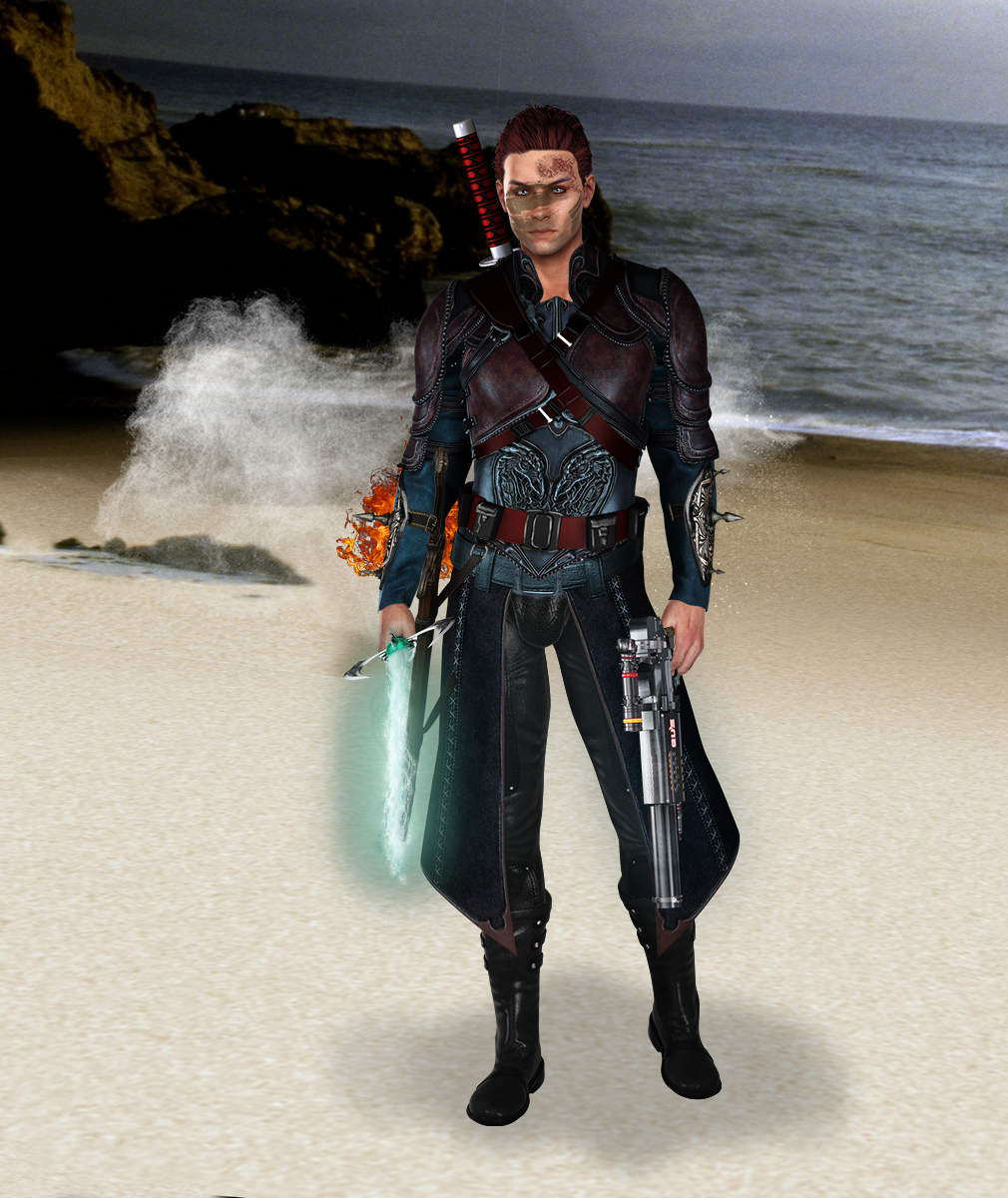 He’s the captain who gets our heroes when they land and sends them straight into the hell in front of them. A stern man, already been hit on duty and had its fair share of fight- He comes from the Navy Assault “Famine”, which attacked on another beach some days before with a decoy force in order to distract troops and defenses from the main landing point for us.

The gun is a placeholder for the hand autocrossbow, I think I’ll be able to GIMP it when I’ll get the will to do so.

EDIT: ah, the blue hue is because it’s the Allied troops colour.
————————————————-
Here’s the other side of the conflict: a blood-thirsty enemy Commander, a powerful sniper and magic user. 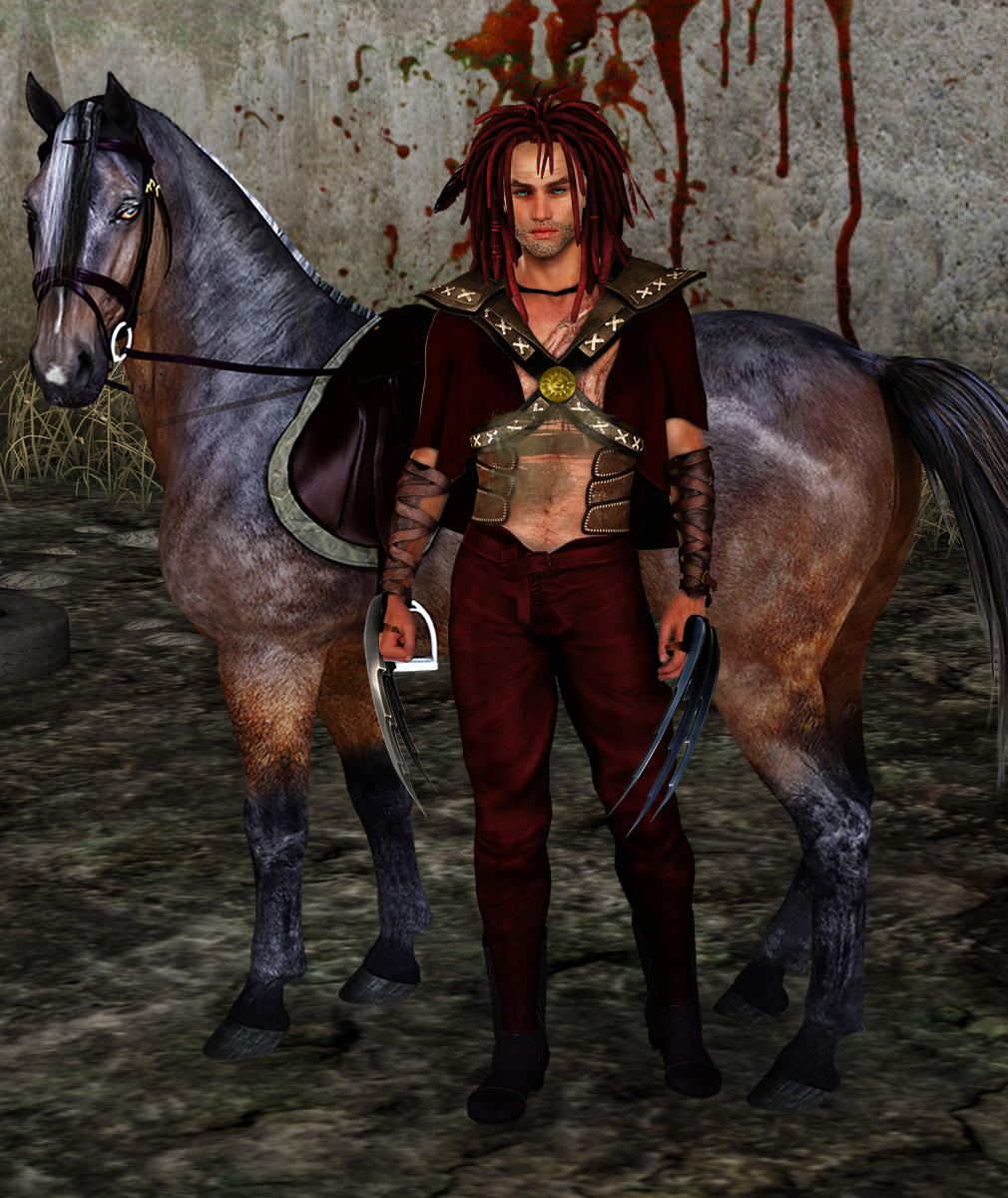 He boasts that he needs no armor as noone ever managed to hit him, and dresses to cause fear in the eyes of the commoner conscript.
He dies his hair with the blood of his kills and forms a dread for each personal confirmed kill. He’s often found galloping in the front lines leaving a bloodtrail on his path, hitting the enemy rear lines and then retreating from where he can safely observe and shoot down the opposition.