And this is the last one I created until now, it has not a real background as it was (and still is) a possible variant for Ken, the elven warlock. He is a Chaotic Neutral Human Male Warlock, with a sass and a fast firing Eldritch Blast. 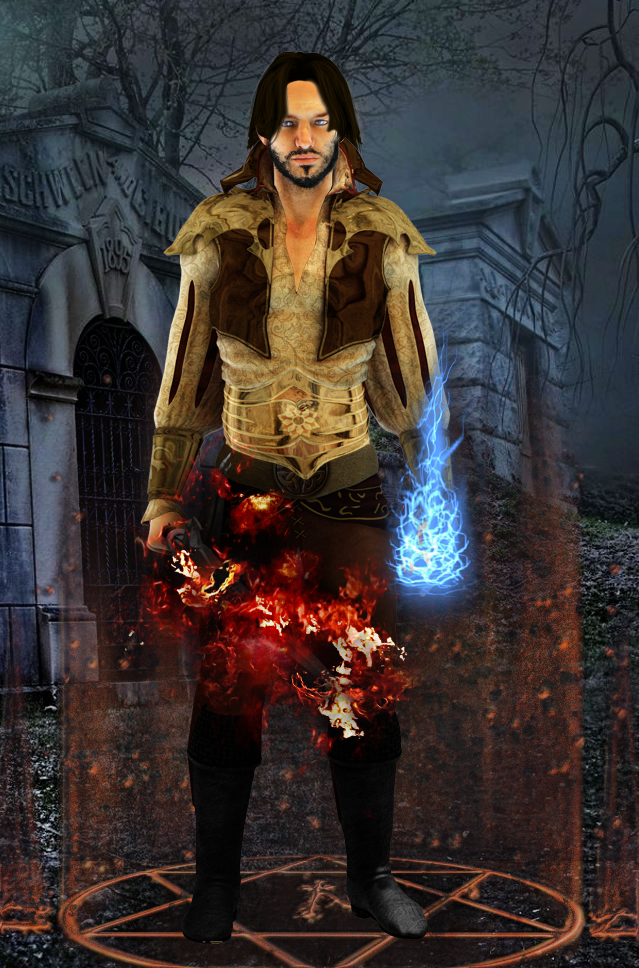 [i]He became unconsciously a Warlock after seeing a mind-breaking familiar scene when he was only 9. He was playing out of sight when he saw his mother cheating on his father with a neighbour, his father returning home and being attacked and stabbed by the neighbour. After seeing his beloved father die and his mother prey of guilt but arranging for the lover about how not be prosecuted The Boy came in sight, broken in spirit, and uttered a terrible Blasphemy “By the Hells, the Abyss and everything unholy I will avenge my father”. A burst of chaos invaded him and, unable to control it, killed his mother’s lover on the spot and wounded her… who then in horror of what her son became instinctively attacked The Boy, ending up blasted away to her death.

He was then raised by the village but the difference with all the others quickly had him estranged and put out of the city – he was only 11, homeless and with a deep sense of guilt for his own killings and disgust (but not hate) for all of the living beings.

12 long years have passed since then…[/i]

He still is nameless, I didn’t think thoroughly to his own story having chosen the Elf, but never say never 🙂