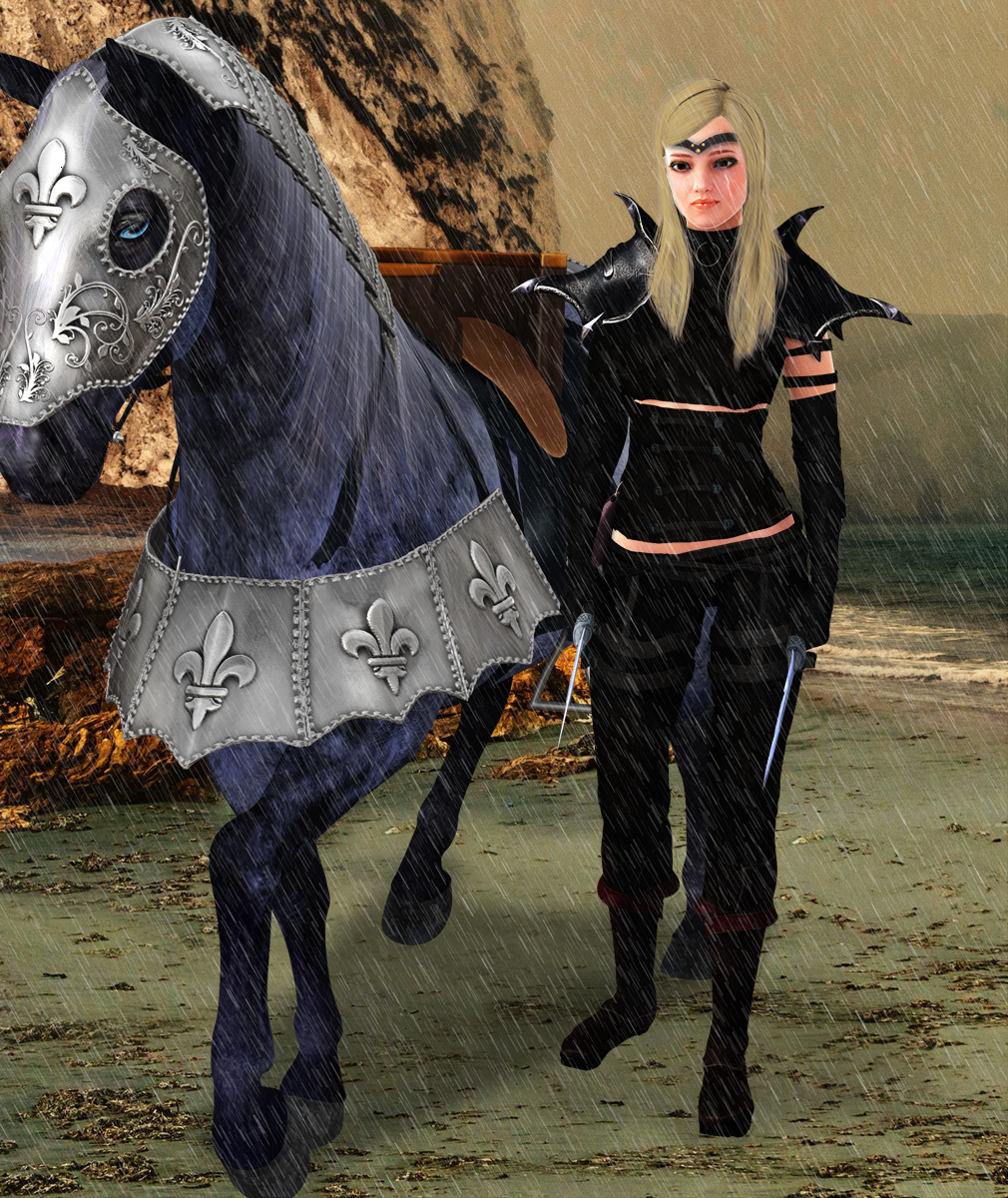 She’s a NPC I’m creating to support the party for the campaign I’ll be mastering this Summer.

She’s a soldier, through and through. Highly trained both as a incursor/saboteur and combat medic, she’s a balanced fighter who favors nor strenght nor dexterity. Master of two weapons fighting she’s a walking armory, carrying 3 hand autocrossbows (akin to revolvers, new object I created for the campaign, widespread use), one military-issue long autocrossbow (akin to a rifle) and 2 short swords, plus the bolts for the autocrossbows.
She’s lightly armored, favoring rapid movement across the battlefield, can handle most vehicles, mounts and siege engines albeit averagely.

She’s serious, collected and keeps her cool… but when faced with the impossible her valkirye ancestry comes in full bloom and there are voices running of a wild blonde fury.

I noticed a lack of strongly built / strong looking women skins and the armors… well they are mostly “bikini chainmails”. I’m almost tempted to GIMP my way out adapting male armor to her body.