First I say that I edited Falathiel’s post with her detailed background.

Then I created an evil mage, that travelled through time and space (that’s why he has those cool looking sunglasses). He’s a mercenary at heart but with his own agenda. He doesn’t gloat, doesn’t laugh… from the outside he seems an emotional wall of steel. 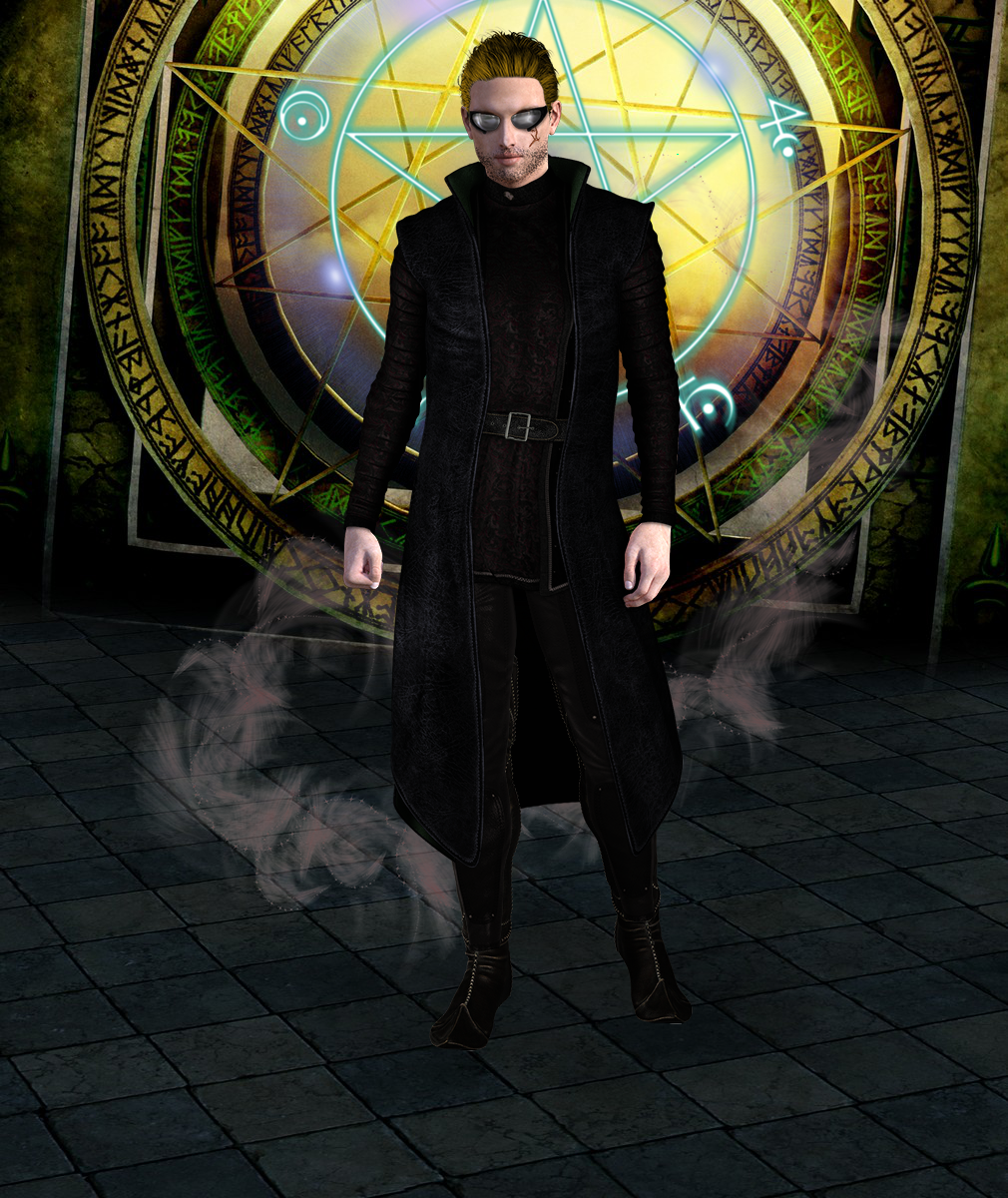 And basically it’s what he is, he learnt to not show his emotions in order to disturb the enemy and to not let any emotion interfere with his endeavours. His style is comfortable and striking – his usage of several outlandish apparels helps him in the psychological warfare. Not much else is know except that he is calm and methodical and that if you survive an encounter with him you can consider yourself lucky – even if he does not kill for pleasure.

Here too I chose to use the learnt lesson of not stuffing him with things. Also the colors are dark but not black – black does not exist or at least shouldn’t, in fact his coat is a bright night blue very subdued while the top is a bright red then subdued. I like his hair and stubble as they give him an air of “dont f*k with me”, which often means winning a battle without striking a blow.

I overuse the magic circles, I know… this time I put it on the background, almost not noticeable since it fits the window theme. The aura should be more red but problems with the exporting rendered it grayish – the same is true for Falathiel’s aura, which should be violet.