[quote=”Fasoldgames” post=3002]Well, I’ve always been very partial to facial hair, I have a subscription to the British magazine ‘The Chap’, which is all about stylish facial hair, curled mustaches, gentleman’s beards and such. Also, it’s about proper men’s wear, and how to be a ‘chap’.

I particularly like it’s 50’s style, and tongue-in-cheek approach. Here’s a link, by the way.
http://thechap.co.uk/%5B/quote%5D

The description they put on their site sounds oh so Steampunk. 😀

“The Chap takes a wry look at the modern world through the steamed-up monocle of a more refined age, occasionally getting its sock suspenders into a twist at the unspeakable vulgarity of the twenty-first century.

Since 1999, the Chap has been championing the rights of that increasingly marginalised and discredited species of Englishman – the gentleman. The Chap believes that a society without courteous behaviour and proper headwear is a society on the brink of moral and sartorial collapse, and it seeks to reinstate such outmoded but indispensable gestures as hat doffing, giving up one’s seat to a lady and regularly using a trouser press.” 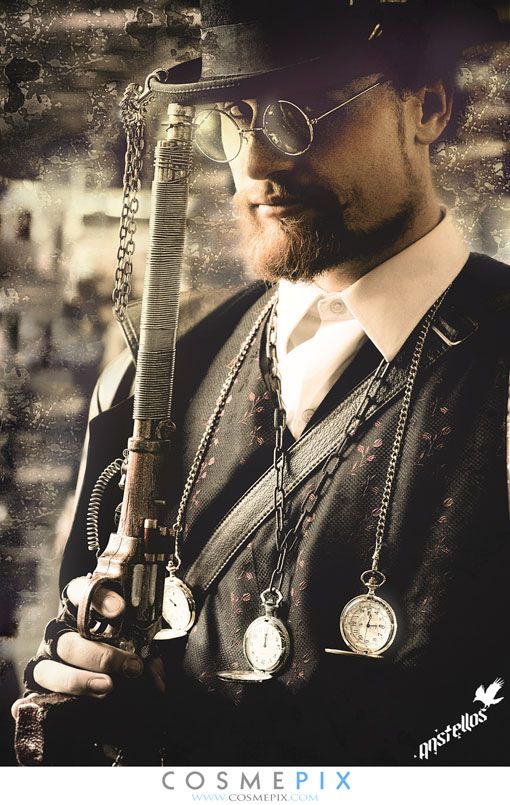 I know it’s not but it really does make me think of it. My next series of books is set on the other planet in my little solar system and it’s western steampunk. Already wrote 2 chapters about 2 years ago, but gotta get this fantasy stuff done first. 😀

SAVE & ACCEPT
Shopping Cart
There are no products in the cart!
0