Ah, yes, indeed. I’ve been working out of ePic, directly from the pics, for a while so I didn’t notice.

I would say the name is misleading then. At least, It mislead me 😉 . I didn’t realize that it would be a challenge to fit a cat’s tail on guys like these, not without making them look out of place that is : 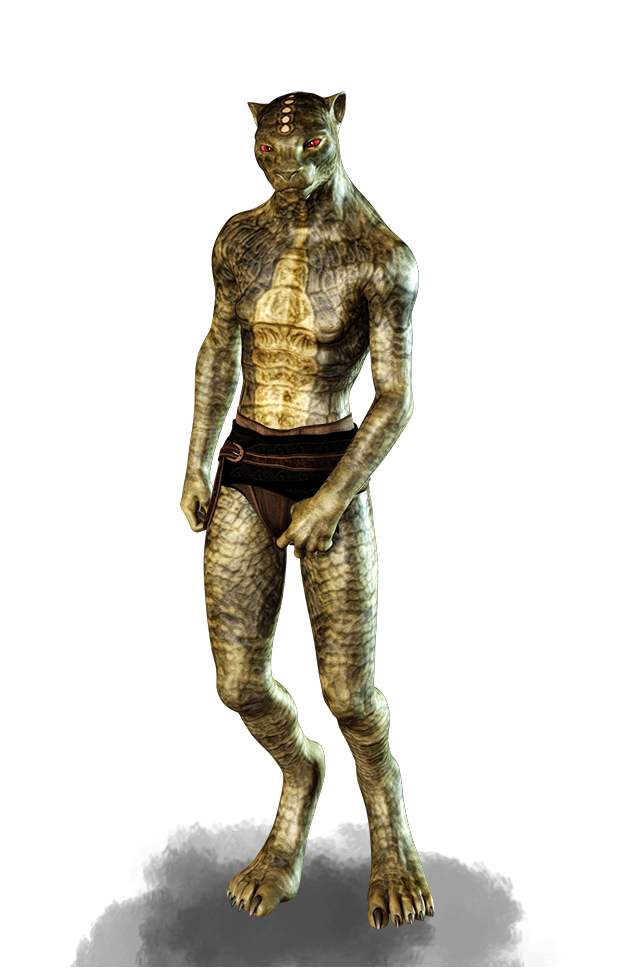 A crocs’ or lizard’s tail seems to be much more appropriate to me. ^_^

Otoh, when you’re using the elf package to make fairies demons or whatever, you’re basically using humans with pointy ears… I should know, I spent a lot of time getting rid of those pointy ears 😛 and just add some stuff to make them demons, fairies or whetever.

In order to re use inappropriate anthro skins for something else, well, you have to change the whole skin and that’s a totally different challenge. That’s why I’m saying the pack is more “anthro” than “cat” despite it’s name.

I thought it was a cat pack too but now that I spent so much time working on lizard, batracian, undead, and err whuzzat ? skin (no kidding, eheh ^_^), I really no longer have a name for the whole pack except just “anthro”. ^_^ 🙂

I believe it’s a good thing to be honest.

It would be good if the pack got more items with time, I believe it deserves it.