But for some constructive criticism, the large yellow slabs on the map look a bit empty…or are they going to be filled in later?[/quote]

I’m all for constructive criticism!

——-
Edit: It occurred to me later that by large slabs you were referring to the grain fields, not the little yellow squares with numbers in them. My bad lol.

The fields look odd at that angle and resolution, but from the top down you can see the shadows of the fences and silos surrounding them.
—–

But yes, they actually represent the “movement fields” on the map. Characters move along the roads to the numbered map fields. They also serve as the places where other tokens are placed on the map.

So starting the game the map will look like this: 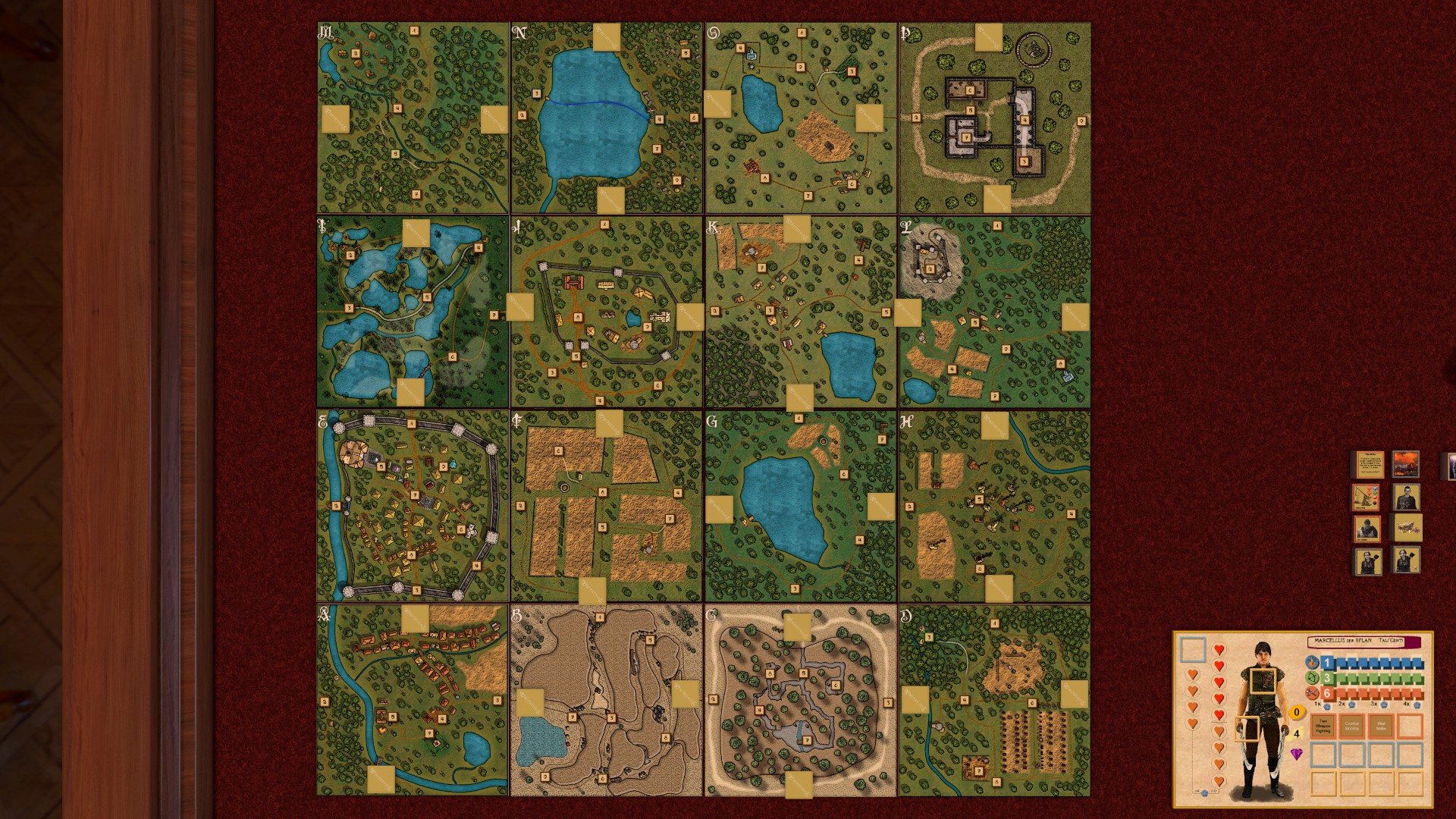 (Map ‘E’, the city of Whitstone, is intentionally left without counters)

And as the game is played it will start to get filled out like this: 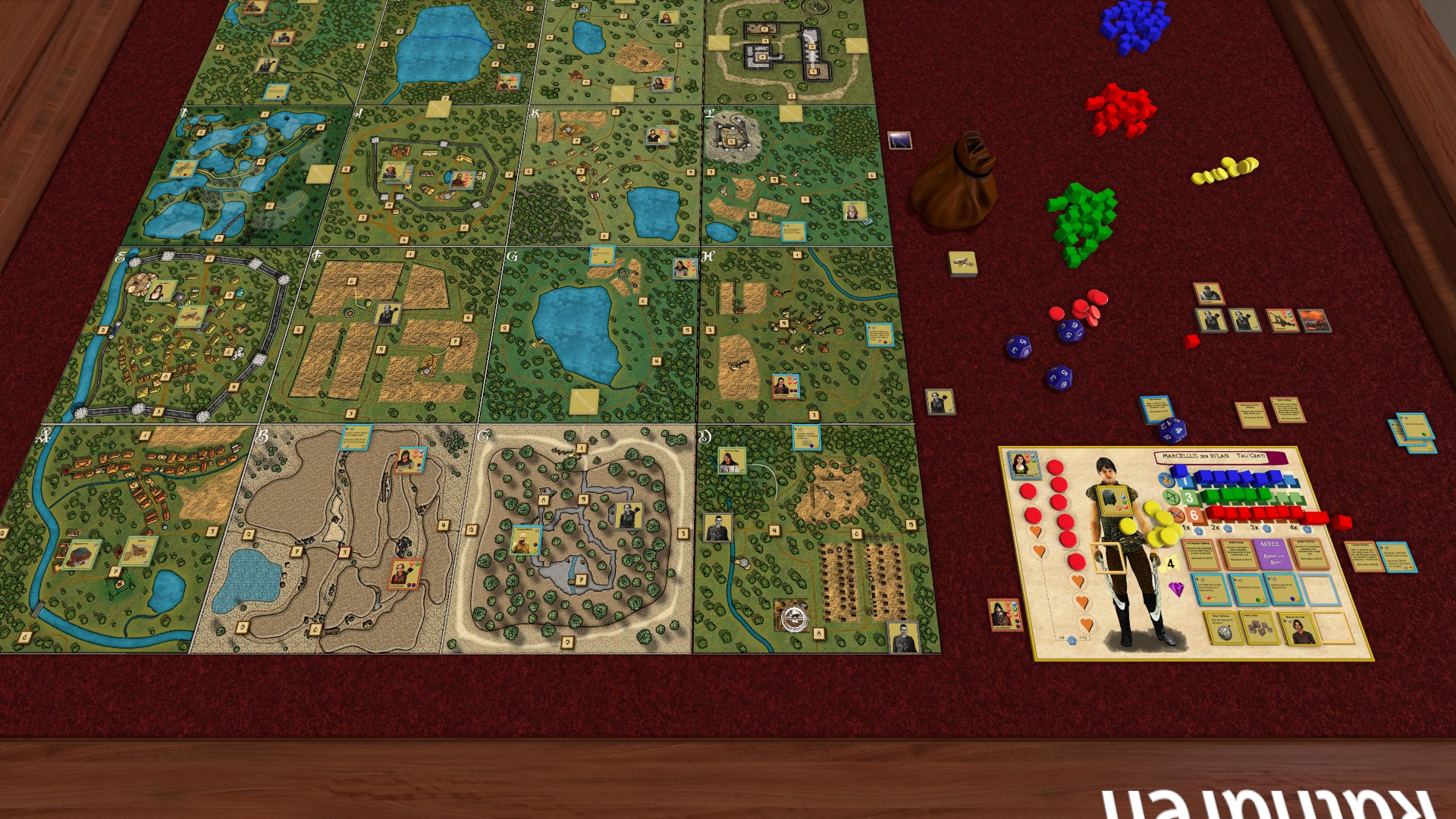 (this was from my last playtest, taken right after I ‘won’ the game).

Mechanically I borrowed extremely heavily from Return of the Heroes -my game actually started out as a giant houserule for that game, and I ended up adding and changing so much I just made it a new game (I should mention I have zero commercial aspirations for this, it is purely a fun hobby project).

Still has some work to do, I don’t like the bottom two mountain maps, they’re totally out of place, and some of my tasks and skills still need re-doing.

I realized yesterday I totally forgot to write the rules around an entire mechanic I added :/

I remember you said something about the game being single player? I can see where the game could work as multiplayer as well.

It is single player, but can easily be played co-op with each player having a different character. The game is designed with a scaling difficulty, and combined with a bit of randomness, can be very difficult for two players or possibly even three, or be fairly easy for one player.

The thing I really like about playing this game co-op is that it really is a co-operative game where each player has their own character, and players can work toward a common goal (the win condition), but act completely independently. Many co-op games tend to be more of a “solo by committee” where the game plays essentially the same solo or co-op, just with more tokens on the board.