Some more art (because honestly, I’m having so much fun messing around in ePic I’m spending as much time creating character art as I am doing anything else on this project… lol)

These are some more counters that were made using ePic:

And the “raw” characters that were used to create them (well, some of them anyway)..

This one is a scout for the Kellenian army: 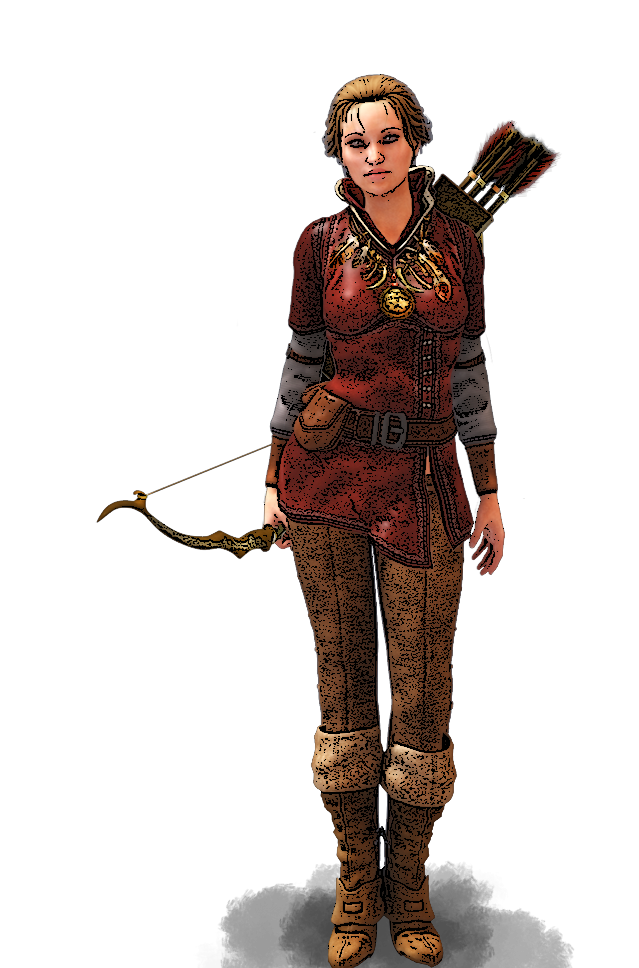 This is Stéphane La Rue, a Lieutenant under Captain Donnovan Krafton (one of the playable characters) who serves as the close combat instructor at the fort outside of Whitstone: 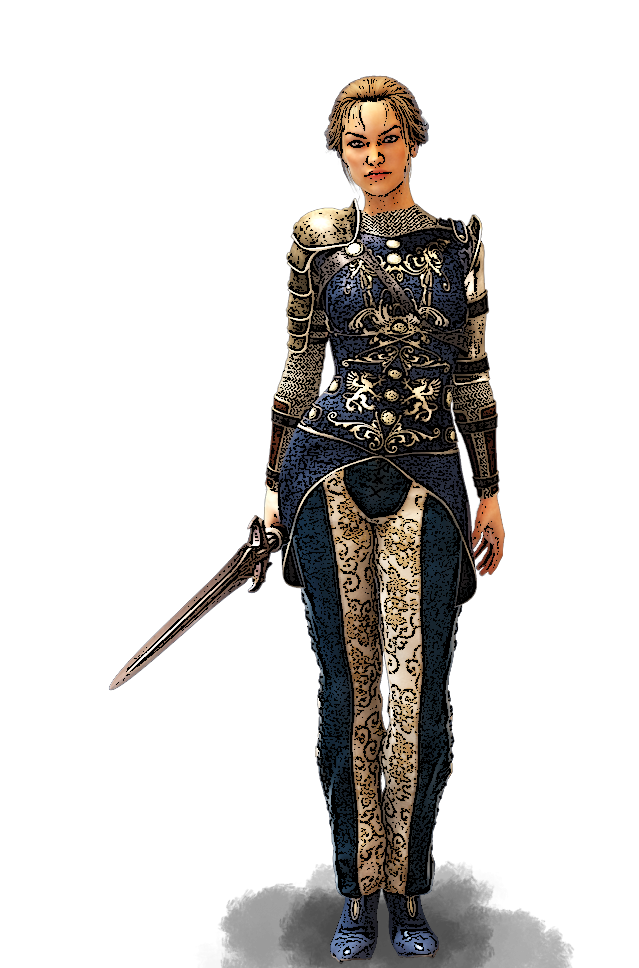 (I actually notice after I did this that I used the same hair on the army scout -I’ve since changed Miss. La Rue up a bit with a new hairstyle and re-don the counter, but since I had to do a layered export for her boots I haven’t re-don the full size picture yet).

Annaleigh Garnet. An incredibly talented sorceress, who was at one point hunted by Donnovan Krafton (back when he was a Lieutenant) for murdering another sorceress. She managed to wipe out more than half of his men (and some in some pretty gruesome ways.. she chained one to a support beam in a millhouse and set his plate armour aflame) before disappearing after being confronted by Krafton and Marcellus. She was teleported away, tipping her hand that she wasn’t working alone.

She doesn’t actually make an appearance in the first run of Whitstone, but I have plans for her if/when I do an expansion.

She’s another one that required several layered exports. 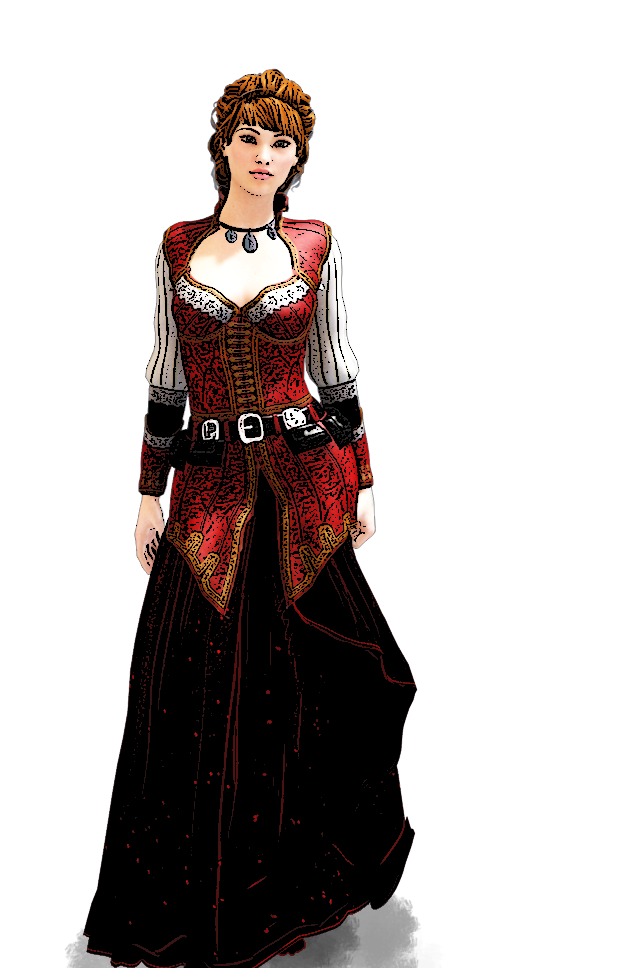 Marcellus ser Ri’Lan, along with Narayanna one of the few remaining Tali’Centi of Kharuna. Expert swordsman with a bitter attitude toward most people. Like all Kharunians he’s highly distrustful of mages (this is a personality trait that actually has an effect on the mechanics of the boardgame), except for Penelope Cadwell. Though bitter he’s also good at heart.. just worn down after years of seeing what’s left of his people and his culture being wiped out. He’s basically the “main character”, and is the common thread through all the other characters and the plotline. 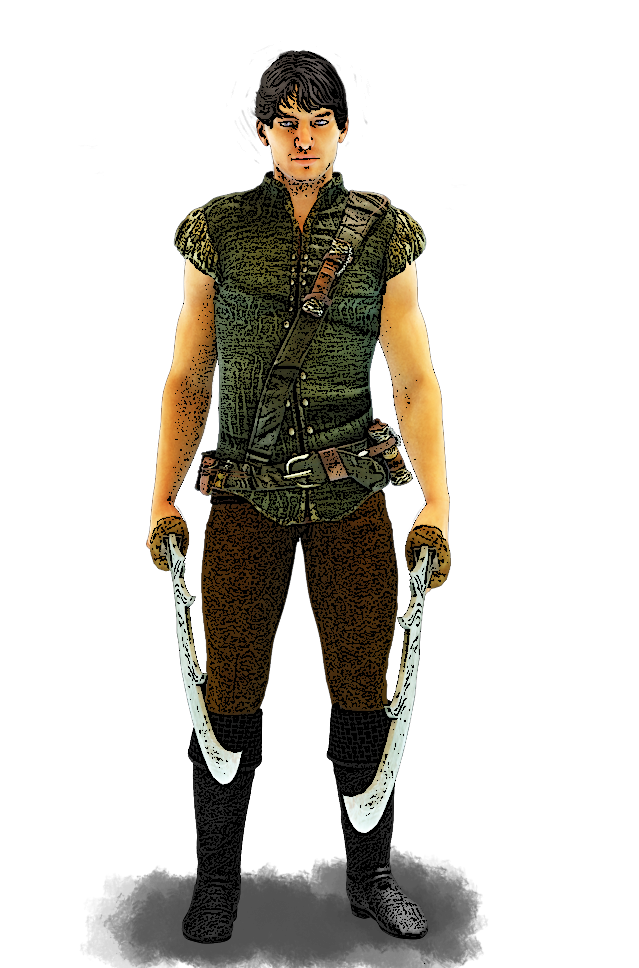